The Southern Oregon, Northern California coast strikes visitors as so beautiful and untouched, they sometimes conclude that the area has somehow escaped history. That conclusion is a real part of the appeal which draws visitors and new residents to the area. This locality, however, has played its part in the violent events of a larger world.

Sixteen miles east of Brookings, Oregon, is the site of the first bombing of the mainland United States by enemy aircraft. Just before dawn on September ninth, 1942, a Japanese submarine surfaced twenty-five miles off Cape Blanco near Port Orford, Oregon. The submarine contained a tiny, modified Zero fighter plane that could be launched by a catapult. Loaded with two 170 pound incendiary bombs, the plane headed south. The bombs were dropped on the slopes of Wheeler Ridge on the sides of Mt Emily with the hope of starting a forest fire that would weaken the war resolve of the United States. Due to wet conditions that fall, the small fire was easily controlled. Today that event and location are commemorated at the Mt. Emily Bombsite Trail, a two mile stretch with redwoods near the beginning and fire-dependent species such as knobcone pine and manzanita along the whole walk.

To reach the trail drive up the Chetco South Bank Road which begins at the south end of the Chetco River Bridge for about eight miles to Mt. Emily Road.

At the fork, take Wheeler Creek Road. There will be a sign that says “Bombsite”.

Drive around to the east side of Mt. Emily and up to the trailhead. The trail will take you up and up through dense forest past benches provided if you want to rest. The hiking trail continues one half mile to the top and affords a fine view of mountains and coastline.

A spot approximately a mile and a quarter along the trail marks the bombed site. This trail is a portion of a self-guided forest ecology walking and driving tour.

Get The Rest Of The Story

Before or after you visit the bombsite, visit the Chetco Community Library on Alder Street two blocks west of Chetco Avenue on the south end of Brookings. There you will get the rest of the Japanese bombing story. The library contains a four hundred year old Samurai sword which belonged to the family of the officer who piloted the Japanese plane. That very sword was carried by the pilot during the 1942 bombing run and throughout the war. In 1962 it was given to the city by the pilot as a pledge of peace and friendship. Since 1995 the sword has rested in a specially built display case at the library. 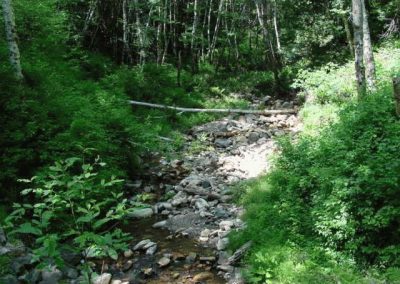 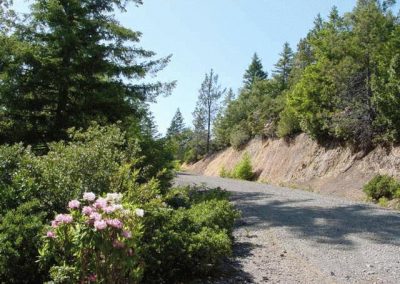 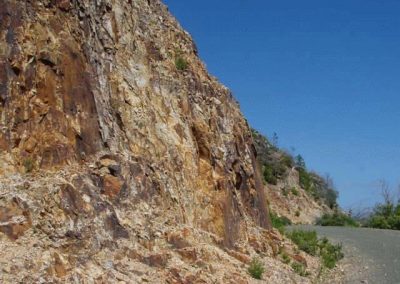 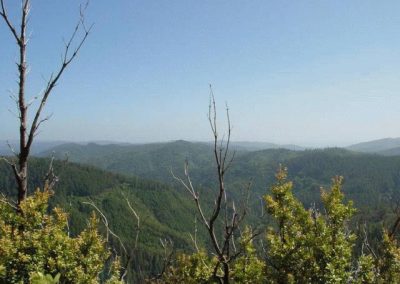 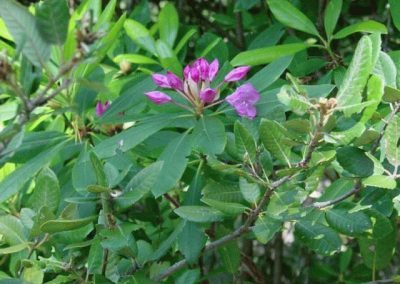 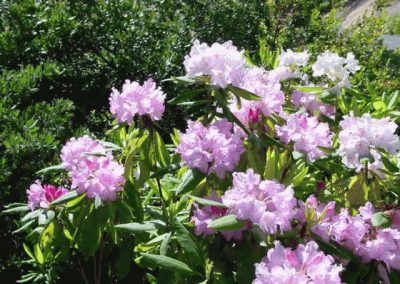